2021 TALES IN THE BACKYARD
​SCHEDULE OF PERFORMANCES
​

JUNE 17:  A Brief Look at The African American Experience in America Since Juneteeth Day, June 19, 1865: Three authors will be featured from the serious to the humorous, read by Stephanie Garrett.
Mary Church Terrell, born in 1863, became a national civil rights activist, suffragist and educator. Her speech in 1906, 41 years after the end of the Civil War, “What it Means to be Colored in the Capital of the United States” speaks volumes about racial progress.
James Mercer Langston Hughes, born in 1901, was a poet, social activist, novelist, playwright
and columnist, and was one of the leaders of the Harlem Renaissance.  Short stories from his book The Best of Simple, depict life in Harlem in the 1940’s through the eyes of Jesse B. Simple.
Alice Childress, born in 1912, was a novelist, playwright and actress. She was the only African American women to have written, produced and published plays for four decades. Like One of The Family: Conversations from a Domestic’s Life, circa 1950’s, is a humous look at the African American take on working for white folk.

JUNE 24: Three Classic American Writers who wrote for "The New Yorker" read by James Rana
James Thurber ("The Night The Bed Fell"), a native of Columbus, Ohio, was an acclaimed cartoonist, author, and playwright, His work includes The Secret Life of Walter Mitty (twice adapted for the screen), The Rabbits Who Caused All The Trouble, The Catbird Seat, The 13 Clocks, and the Broadway revue A Thurber Carnival. In 1997, The Thurber Prize for American Humor, one of the highest recognitions of humor writing, was created, in his memory.
E.B. White ("Card of Thanks"), best known for his children's books, Stuart Little, The Trumpet of the Swan, and Charlotte's Web, began his career as a newspaper reporter in Seattle.  Following a short stint in advertising, he returned to his hometown of New York City, where he found immediate employment at "The New Yorker" as a staff writer. He was the recipient of numerous literary honors, including: The Newbery Medal, The Presidential Medal of Freedom, The National Medal for Literature, and a Pulitzer Prize Special Citation for Letters.
Robert Benchley ("Lesson Number One") was an alumnus of Harvard University's legendary humor magazine "The Harvard Lampoon," and was the managing editor of "Vanity Fair" before joining the writing staff at "The New Yorker."  Benchley wrote over 600 essays compiled into twelve volumes, and managed to juggle journalism with screenwriting, and acting. His film acting credits include The Major and the Minor, I Married A Witch, and Alfred Hitchcock's Foreign Correspondent.

JULY 1:  Goin' Home, a one-person play written by Gayle Stahlhuth who will read from this work
In 1995, after battling cancer, Betty Alice Stahlhuth died, with her daughter, Gayle, by her side. Her husband, and Gayle's father, Loyd, had died in 1983.  Betty Alice, Loyd, and Gayle were only-children.  Betty Alice was able to design her 1955 three-bedroom home, just outside Indianapolis, so that it had a full attic and basement. Not only was it home to Gayle and her parents, but also to her grandparents, Betty Alice's parents. It was up to Gayle to clean out this home in which no one appeared to have thrown anything away.  Treating this "de-cluttering" like an archaeological dig, Gayle not only did the job by herself, but she created this touching and humorous play based on the experience.  She received a New Jersey Humanities grant to tour the play throughout the state, and Goin' Home was part of several one-person festivals, including Cape May Stages' Going Solo and The Womenkind Festival in New York City. 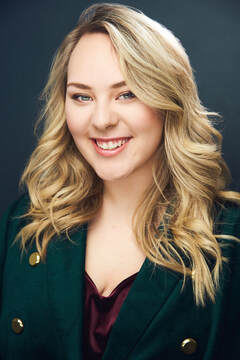 ​JULY 8: Letters between John and Abigail Adams read by James Rana and Amanda Brinlee
John Adams (1735-1826) and Abigail Smith Adams (1744-1818) exchanged over 1,100 letters, beginning during their courtship in 1762 and continuing throughout John's political career (until 1801). These warm and informative letters include John's descriptions of the Continental Congress and his impressions of Europe while he served in various diplomatic roles, as well as Abigail's updates about their family, farm, and news of the Revolution's impact on the Boston area.

JULY 15:  Stories about Pittsburgh, read by Susan Tischler   Susan was raised in the "Steel City," the daughter of a coal miner.  Her reminiscence of her father, Fred Brown, is included in the late Tim Russert’s book Wisdom of Our Fathers, published in 2006.  She'll be sharing this and other Pittsburgh tales.​

JULY 22: Selections from The Egg and I (1945) written by Betty McDonald, read by Suzanne Dawson  When Betty MacDonald married a marine and moved to a small chicken farm on the Olympic Peninsula in Washington State, she was largely unprepared for the rigors of life in the wild. With no running water, no electricity, a house in need of constant repair, and days that ran from four in the morning to nine at night, the MacDonalds had barely a moment to put their feet up and relax. And then came the children. Yet through every trial and pitfall—through chaos and catastrophe—this indomitable family somehow, mercifully, never lost its sense of humor.  A beloved literary treasure for more than half a century, Betty MacDonald's The Egg and I is a heartwarming and uproarious account of adventure and survival on an American frontier.
JULY 29:  Ghost stories written by Mary Wilkins Freeman (1852 - 1930) read by Gayle Stahlhuth Born in Randolph, Massachusetts, Freeman and her family moved to Brattleboro, Vermont when she was fifteen. There, her father opened a dry goods store in an effort to better their financial situation. She attended one year at Mt. Holyoke Female Seminary but did not enjoy college life, so returned to Vermont, where her attempt at a teaching career was unsuccessful, her sister died, her father’s business failed, and her mother was forced to support the family by working as a housekeeper for the town’s minister.
In 1883, after both of her parents had died, Freeman moved back to Randolph to live with her childhood friend, Mary Wales. There, she developed her writing style, and found a ready market for her realistic representations of New England life.  While visiting friends in Metuchen, NJ, she met Dr. Charles Freeman, whom she later married at the age forty-nine.  The marriage ended in separation when she had her husband institutionalized for alcoholism.
In 1926 she was awarded the William Dean Howells Gold Medal for Fiction by the American Academy of Letters, and later that year she was inducted into the prestigious National Institute for Arts and Letters.  In all, she published fifteen volumes of short stories, over fifty uncollected stories and essays, fourteen novels, three plays, three volumes of poetry, and eight children’s books. Many of Freeman's ghost stories examine, indirectly, many of the social, personal, and economic pressures which often silenced or devalued women and their concerns.
AUGUST 5:  O. Henry's (1862 - 1910) "The Third Ingredient" read by Suzanne Longacre  Hetty would like to make beef stew, but only has the beef.  How she procures the potato and onion is behind the plot in this delightful tale with the typical O. Henry twist at the end.  O.  Henry was born William Sydney Porter in North Carolina. In 1898, while serving time in the Ohio State Penitentiary for embezzling (still not proved that he was guilty), he adopted his pseudonym, and wrote his first short story, “A Retrieved Reformation” about a robber who desires to go straight.  It became an immediate success.  O. Henry served only three years of his prison term, and was released in 1901. In 1902, he moved to New York City where nearly three-quarters of his 600-plus stories are set.  When he died of cirrhosis of the liver, at the age of 47, he had 23 cents in his pocket.  To this day, he is honored by having the most renowned annual collection of American short stories named after him.  ELTC produced a world premiere based on his “The Ransom of Red Chief” adapted by Gayle Stahlhuth.
​​
AUGUST 12:  "The Parrot" (1901) by Mary E. Wilkins Freeman and Belle Brittan's "First Visit to Cape May in 1858 read by Michèle LaRue  Michèle's favorite Gilded Age writer is Freeman, and she recently read "The Parrot" in Boston, in July, invited by the American Literature Association. Those who savored Gayle’s July 29 readings of Freeman’s ghost stories will be equally—but very differently—surprised by the doings of “The Parrot.” Another surprise is Michèle’s curtain raiser: Belle Brittan’s breathless report of her first visit to Cape May, in 1858 . . . just who was Belle Brittan, anyway?
​ ​
AUGUST 19: ​Edward R. Murrow's speech at the Radio-Television News Directors Association meeting in 1958, read by Phil Pizzi  Called the "Wires and lights in a box" speech, Murrow blasted the radio and television broadcast industry for its desire to make huge profits, rather than responsible reporting. This speech was called a "bombshell," both inside and outside the industry. TV, already undergoing investigations for quiz show scandals, had been denounced by one of its superstars.
​
AUGUST 26: Audience Favorites  We asked our audience for requests, and here's what we have so far.  A short story by Mark Twain read by Stephanie Garrett and James Rana, and MORE letters between John and Abigail Adams read by Amanda Brinlee and James Rana.  There's a request that Suzanne Dawson and Gayle Stahlhuth read selections from Arsenic and Old Lace (they played the aunts in ELTC's recent production), but this depends on Suzanne's schedule.  She's getting ready to go into rehearsal for Dorothy Parker: A Certain Woman.