September 23 - October 17: Wed. - Sat. at 8:00 pm
Except no show on Wed. Oct. 7
​BUT there is a show on Sun. Oct. 11 at 7:30 pm
CLICK HERE FOR TICKETS
Why Marry? was the first play to win a Pulitzer Prize.
It opened on Broadway in 1917 - a time when more women were attending universities, entering the workforce,
​and struggling to obtain the vote, thus forcing a reexamination of women’s role in society.
This delightful comedy explores marriage vs. living together, through the lives of three sisters. Jean is contemplating marriage because it’s expected.  Lucy is married to a man who believes that women should behave the way men wish
them to behave.  Helen doesn’t want to ruin her friendship with a co-worker by marrying him.

Since it’s ELTC’s 40th year, we’re bringing back one of our early hits, Why Marry?
When ELTC produced it in the fall of 2006, it was the first time this play had been produced in 86 years.
We brought it back in the spring of 2007.  Both times, it played before many sold-out houses.
In May, 2013, ELTC’s cast reunited for a staged-reading performance in New York City at The Players Club,
making this the first time Why Marry? had been on a New York stage since 1918!

Why has this comedy been so forgotten?
A theory about the play's disappearance, is that the United States entered World War I a few months before the
play opened on Broadway (December 25, 2017), followed by the flu pandemic, which impacted the show when it was
on the road, and then the illness of the star closely identified with the play.  Nat Goodwin, married 5 times (divorced 4),
was the first to portray Uncle Everett in Why Marry?  He became ill in September 1918, while on ​tour with the show,
and instead of replacing him, the producers closed the show. He did not have the influenza that was gripping much of
​the world at this time, but died from cerebral thrombosis in New York in January 1919.
We are thrilled to be bringing Why Marry? back to the boards!

“There can be no real marriage - save on a basis of political, social, and economic equality.” - Jesse Lynch Williams

"Short of G.B. Shaw, no one has ever discussed marriage with such telling satire and explosive humor. And there are certain respects in which the play surpasses even Shaw. . . . WHY MARRY? is perhaps the most intelligent and searching satire on social institutions ever written by an American." - "The New York Times Review" Dec. 26, 1917

WHY MARRY? is filled with lines about love, marriage, economics, and religion that still ring true today.
​The laughter from both men and women in the audience over 100 at ELTC, showed that they thought so too."
- Christine Cote's review in "The Cape May County Herald" Sept. 2006
​ 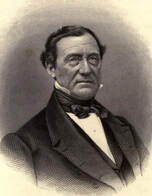 ﻿JESSE LYNCH WILLIAMS, THE PULITZER PRIZE, and 1917
​
Jesse Lynch Williams was born on August 17, 1871 in Sterling, IL.  At Princeton, he co-founded the Triangle Club, an organization devoted to theater, with Booth Tarkington.  After graduation, he became a reporter for The New York Sun, and, after two years, started working for Scribner’s Magazine. Meanwhile, he contributed stories to many New York newspapers, and, in 1900, founded the Princeton Alumni Weekly.  Princeton Stories, Adventures of a Freshman, and The Girl and the Game are just a few of the short stories he wrote based on his experiences as a Princeton undergraduate.  From 1904 to 1929, Williams wrote six novels and four plays, including the The Newspaper Stories, which was successfully produced in 1906.  He was elected to the National Institute of Arts and Letters and to the Author’s League of America, even serving as its President in 1921.  From 1925-1926, he occupied the Chair of Creative Arts at the University of Michigan.  He died on September 14, 1929.
Williams started to write Why Marry? as a short story in 1914, but soon realized he wanted to give it a dramatic treatment.  At first, he was unable to interest Broadway producers because the subject matter was too provocative, but when students at the American Academy of Dramatic Arts staged the play at their annual graduation exercise on January 3, 1917, several Broadway producers who had turned it down, now saw its appeal.  Why Marry? played for ten weeks in Chicago before it moved to New York’s Astor Theater on December 25, 1917, under the direction of Roi Cooper Megrue, who co-wrote, with Walter C. Hackett, the Broadway hit It Pays to Advertise (1914), also produced by ELTC. Not only was it the hit of the season, but it became the first play to win the Pulitzer Prize.  It closed on Broadway on April 1, 1918, after 120 performances, which was considered a "good run" in those days, before going on the road.
Hungarian-born Joseph Pulitzer was not only a skillful newspaper publisher, but was also a crusader against dishonest government, and a visionary.  His innovative New York World and St. Louis Post-Dispatch reshaped newspaper journalism. In his 1904 will, he made provision for the establishment of the Pulitzer Prizes as an incentive to excellence.  Prizes were first awarded in 1917. From 1923-1925, Jesse Lynch Williams was a Pulitzer Prize juror.
Other productions on New York City stages in 1917 included The Willow Tree, A Tailor-Made Man, The King, Going Up, The Passing Show of 1917, and Ziegfeld Follies of 1917 at the New Amsterdam Theater. Jerome Kern had several productions that year, including Miss 1917 that he wrote with Victor Herbert, and Leave It to Jane.  George Gershwin was the rehearsal pianist.
Three playwrights had their one-acts produced.  Susan Glaspell’s The People, Close the Book and The Outside helped to solidify her reputation as a playwright.  The Washington Square Players produced Eugene O’Neill’s The Long Voyage Home, Fog, The Sniper, Ile, and The Rope.  Ridgely Terrence’s evening of one acts, Grammy Maumee, The Rider of Dreams, and Simon the Cyrenian, were groundbreaking.  Not only was this the first dramatic production to portray African American life beyond the cliché, but it was also the first production on Broadway to feature an all-African American cast.
As always, plays came to Broadway from “across the pond.”  George Bernard Shaw’s Misalliance opened in 1917, the first production in the new Broadhurst Theater.